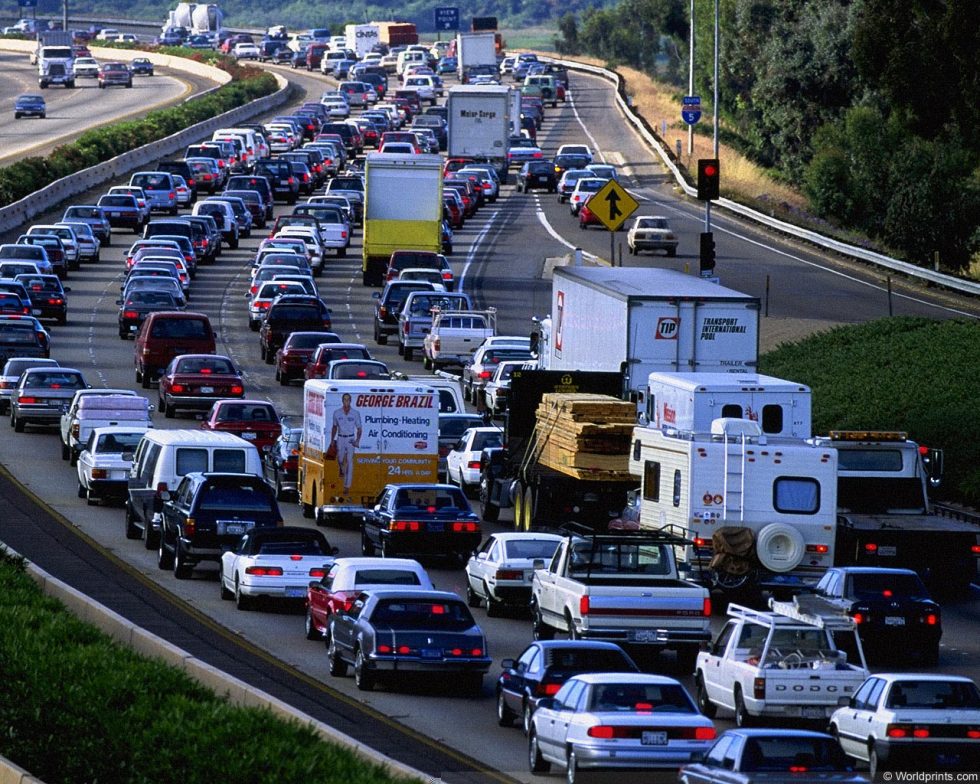 This is the first in a series of blog posts dispelling the myths that surround change. You’ve probably heard them before and it’s likely that you heard them from a change practitioner. The statements are misleading, often taken out of context, and are wrong.

The first myth is one that is repeated over and over by people who don’t understand the psychology of change. The myth, as stated, is: People Hate Change.

That’s just not the case. People deal with change all the time and they do so quite well. Change happens all the time and we adapt easily as long as we understand why the change is necessary, understand the benefits of the change, and there are mechanisms in place to assist us or answer our concerns.

The analogy I use most often when talking about change and people’s reaction to change involves driving on the freeway.

We’ve all been there: you’re driving along, traffic is flowing, and speeds are at or above the posted limit. You anticipate arriving at your destination in plenty of time. Then it happens. You come around a bend and you see that traffic is at a standstill. A sea of brake lights stretches into the distance. You have no idea what is happening; you try to change lanes but to no avail. You’re stuck; there are no exits, no way to turn around, and traffic creeps along at a snail’s pace.

Ten minutes… twenty minutes… thirty minutes pass when finally; you come around another bend or over a small hill and, miraculously, the traffic starts flowing again. You see no cause for the delay; there is no smoldering wreckage, no ambulances or service vehicles, no people milling around exchanging insurance information. Nothing; and you get angry. You’re going to be late or miss your appointment, all for no apparent reason.

There are a few reasons why employees resist or fight change; the most common reasons are: the change was not communicated, the benefits were not explained, and the employees were not involved.

Everyone understands that change happens; that’s not why people get upset. Peter Senge, senior lecturer at MIT and author of the book “The Fifth Discipline” said it best when he said “People don’t resist change. They resist being changed.”

When there is resistance on the part of employees, it’s usually because they were kept in the dark. Why is that bad? Here’s one clue: most people are afraid of the dark. People get anxious when they can’t see what’s coming at them. The lack of clear communication about the change initiative gives people the impression that things are happening to them rather than feeling like they are part of it.

Clear, concise communication is the key. Explain what’s happening and why. Adults need to understand the why; it has to make sense, there has to be a reason for things. Employees need to know “what’s in it for me?”

Along with the why, employees need to see the benefits. Too often, companies will make a change to a process or a piece of technology without a clearly stated purpose. I’m not suggesting that executives need their employees’ permission to make changes but in order to lead you have to make sure you have people following you.

Resistance happens when there is a disconnect between current state and future state. Resistance usually means “I’m not convinced.” When people can’t clearly see the thought process of moving from where they are to where you want or need them to be if employees can’t see the bridge between Point A and Point B, they question the change; they resist and say “convince me.”

Explain the benefits as well as any risk associated with NOT making the change. Explain why the decision was made, how it will serve the company and the customers, and people will get onboard.

One company I worked with was making changes to their warehouse tracking systems which involved changing part numbering and customer account numbering schemas. Those decisions were made without involving the warehouse managers, inventory control clerks, and the long-term employees who had been with the company for nearly 30 years.
When it was time to roll out the change, the company received strong resistance from these employees. The changes that appeared simple on paper would end up wreaking havoc in the warehouse leading to months of extra work to rethink the changes. Also, several key employees quit; they felt the company had snubbed them, didn’t consider them valuable, and they opted to take early retirement. The problem was they took all of their knowledge and experience with them.

Suddenly, everything changed; all information would now be in a computer database. People would no longer come to him for answers or advice; in fact, he would now have to seek help from younger employees since he was not familiar with using computers. From the big-man-on-campus to a plebe overnight; this man was crushed as his world was suddenly swept away.

Your employees are the heart of your business. They want your company to succeed and thrive as much as you do. Engage them; communicate early and often, encourage their feedback, explain what is happening and why. People are willing to follow a leader who has a clear vision of where the company is headed. Give them that vision of change and lead the way.